We'll never forget that feeling of excitement when we boarded the early morning flight in Toronto, headed on the last leg of our journey to Providenciales. We had no idea where we were headed, if we'd like it, if we could manage a week of it. The list goes on. What if the locals weren't tourist friendly? What if there was nothing to do? What if the food wasn't great?…..that's a big one for us, we like to eat (and drink) a lot! What if it was unsafe? Oh God, what if we don't like our hotel? So many unknowns and levels of anxiety as we journeyed for those next four hours.

About an hour out of “Provo,” people's window shades started rising. A few heads bobbing across their travel companions seats to see what was happening down below. A quiet muffle of ooh's and aah's could be heard as we travelled along Miami's shoreline and over The Bahamas and Exuma Islands. It wasn't long till the conversations were in full swing and the airplane was buzzing with excitement to land. By now, the entire plane knew one another, everyone chatting and sharing past trip experiences with those of us who were island virgins. Their excitement to be back “on island” was infectious and a welcome relief to us first timers. The passengers on the plane all had a certain vibe to them, ya know? It was a vibe that told us, no matter what, this was going to be a good trip. We didn't know anyone on that flight, but we sure felt a connection to everyone by the time we were landing. I guess you could say “it's an Island Ting.”

After hearing some great stories of where to go and what to do from other passengers we were soon being told to take our seats for descent.

EXCITEMENT OFFICIALLY SET IN AT THIS POINT

You know “that kid” in the seat in front of you that won't sit still for his/her parents no matter how hard they try? The one who has forced their parents to drink four vodkas in flight just to stay sane? Inserting disclaimer here: Absolutely NO offence to travelling with kids, we're just painting a picture here! You know the one we mean right? Yes well, that was us!! Two grown adults barely able to contain ourselves and stay in our seats for the duration of the flight! Thankfully, we weren't alone. The passengers in every row were crammed as close to the window as possible for a sneak peek of what was to come.

The most incredible, breathtaking, indescribable colour of glorious, crystal clear water you could ever imagine. No, you can't imagine it actually. It's like nothing you've ever seen on

earth before. The view from above completely took our breath away…. We gasped and I don't think we blinked or moved another inch for fear that we'd miss this once in a lifetime opportunity.

A silence fell over the whole aircraft. Not a peep. Just the hum of the engines ever so gently bringing us closer and closer to this spectacular island. Every single passenger staring out the windows in awe.

Even those who'd been there, seen it, done it, many times before, were all taken in by the beauty beneath us. I really thought I was going to cry. Never did I imagine myself getting to travel somewhere this beautiful, this untouched, this perfect. We sat in silence till we felt the plane land on the tarmac.

The plane came alive again with cheers and clapping and the chatter was in full swing once again! It was GO time! Somehow those passengers dressed for Canada's notorious all seasons in one day weather, had magically transformed themselves into official beach bum, island life, ready for a cold one kinda guys!

when it hit us. There we stood in the doorway, hand luggage hoisted over our shoulders, when the soft scent of that salty air instantly infused itself into every pore of our beings. That same salty air aroma we soon realized, we'd be longing for every second of the day when we're not in The Beautiful By Nature, Turks and Caicos Islands.

What to do when you first arrive in Provo

We’re Kerry and Byron, a couple of Canadians turned Island addicts!  Follow along as we share our love of the Turks and Caicos Islands.  From food, drinks, adventure and lifestyle, we share our knowledge on all things we love about these beautiful Islands.

Want to stay in touch?

Subscribe to our newsletter to receive the latest updates. 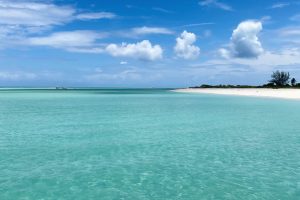 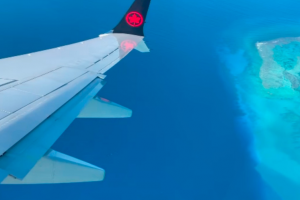 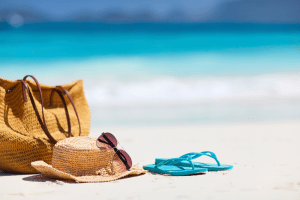 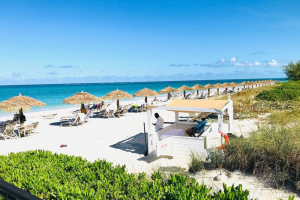 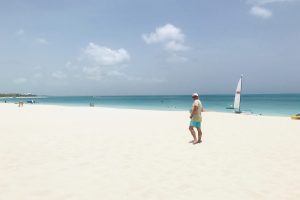 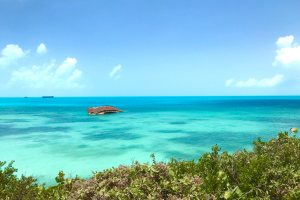